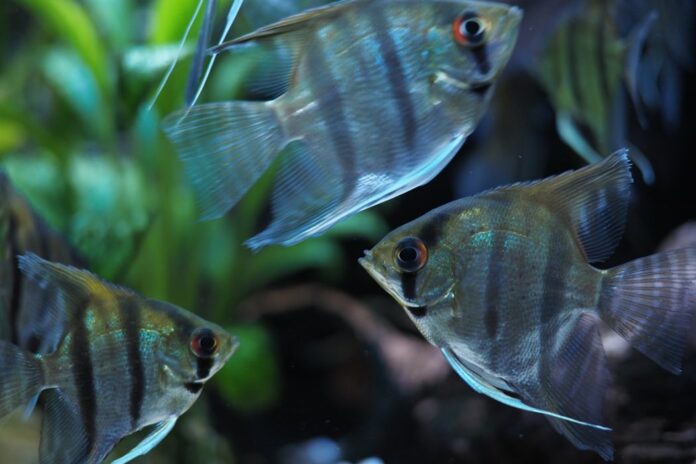 In the world of tropical fish, it’s hard to disagree, Altum Angelfish are among the most beautiful of all species. With their amazingly long fins and striking coloration, they’re much sought after for good reason.

Altum Angelfish are one of the three species of Angelfish, and they’re not readily available for sale in pet shops. Breeding them in captivity is not an easy task and they need just the right environment to thrive and survive. But when you do find them available for sale, you just might discover that the challenge is well worth it.

Unlike the common Angelfish (P.scalare), the Altum Angelfish (P.altum) is not readily available for sale in most pet shops. This is because they’re not as easy to breed in captivity (they’re usually wild caught) and are much more of a challenge to care for than the common Angelfish. They can’t tolerate quite as much fluctuation from the ideal temperature and water conditions as the common variety.

They do best at temperatures of around 80 – 86 degrees Fahrenheit. They prefer soft water and a pH below 6.5. You should feed them live or freeze-dried brine shrimp and some quality flake food. Be careful not to overfeed them.

They grow taller and larger than the common Angelfish and have a pronounced notch above their noses – it kind of resembles a beak. Common and mixed varieties sometimes have a slight notch, but Altum’s are very prominent.

Like all Angelfish, the Altum requires a tall tank to accommodate their vertical fins. A 29 gallon tall aquarium is okay to begin with, but after a while they’ll more than likely outgrow it – they can reach a height of 12 – 14 inches. A 55 gallon aquarium is ideal.

And provide plenty of broad leaf plants for cover, as all Angelfish can be both territorial and shy at times.

Altum Angelfish are relatively peaceful Cichlids, but they will pick on and hunt smaller fish. Some people have had success keeping tetras with them and Corydora catfish are always a good choice. And always keep in mind that Angelfish have long fins that are tempting targets for fin nippers.

Altums are probably not a good choice for the beginner aquarist to purchase. But for the intermediate to advanced fish-keeper, they might be just the type of challenge you’re looking for.

All species of Angelfish come from the Amazon River basin of the tropical areas of South America. 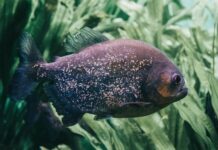 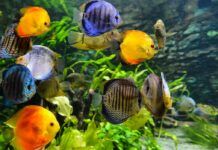 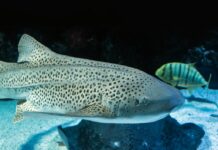