Any marine enthusiast will tell you that setting up a marine tank is tricky and so is choosing the right saltwater aquarium fish! This is because it’s easy to make mistakes with the kinds of fish you choose. It’s usually best to start your marine tank with a few hardy and affordable fish. The majority of saltwater aquarium fish are collected from nature rather than captive raised so don’t waste that gift by making mistakes that result in the death of your fish.

Mollies are an alternative starter saltwater aquarium fish. Mollies that are used to salt water allow you to start with cheaper fish while you learn how to make sure the salinity of your tank is correct for more sensitive creatures. On the other hand mollies are raised and bred in captivity so you won’t get much real experience in keeping them. Get them used to the tank by allowing saltwater to drip into the bag for about 6-8 hours. When the bag becomes full remove some water. After the tank cycles you can keep the fish in the tank.

Clownfish are cousins to damsel fish and are a fairly hardy saltwater aquarium fish. They are not that easy to acclimate to a marine tank, though. They are also quite territorial but aren’t likely to be aggressive to other species. They don’t have to have an anemone to survive. If you do get one bear in mind that they need water that is very clean and high quality lighting.

Tangs are a hardy saltwater aquarium fish which are a little sensitive and tend to contract marine ich (also know as “White Spot”). They eat algae so as soon as you grow some you might try to introduce some tangs.

Triggerfish or lionfish are an ideal saltwater aquarium fish for a tank which will eventually contain large aggressive fish. However they can be costly if you make mistakes. It might be a good idea to ‘practice’ on fish that are both cheaper and easier. You will need to feed them lots of shell fish and other sea creatures to keep them healthy.

Angels and butterflies are very sensitive and difficult saltwater aquarium fish to keep. They need special diets most of the time so they are not that easy to care for in a tank. The same goes for batfish.

Once you gain more experience in keeping conditions in your tank stable you can add a few other varieties of fish. Choose from hawkfishes, grammas, dottybacks, basslets and wrasses. But make sure to find out about how to take care of them properly because some are not as easy as others. However they are a much easier bet that angels and butterflies.

So which saltwater aquarium fish should beginners avoid? You should not attempt angelfish, butterfly fish, pipefish, seahorses, long-nosed filefish, blue ribbon eels, stonefish, and Moorish Idols as well as mandarin fish until you really know what you are doing.

What about invertebrates? Contrary to popular belief invertebrates are well suited for mini or micro-reef tanks. Many invertebrates do well in non-reef tanks. For the novice aquarist the hardy species are best. These include shrimps like the cleaner shrimp, blood shrimp or peppermint shrimp and coral banded shrimp. As is the case with saltwater aquarium fish, stick to the hardier shrimps to begin with.

Anemone crabs are another option you might try along with your saltwater aquarium fish. And why not add some sea urchins and starfish which are quite well suited to beginners with a couple of month’s experience? They differ in size, shape and color and some are poisonous so be careful! Sea urchins and starfish eat detritus and algae and other small bits of food so they will help to keep your tank clean and your saltwater aquarium fish healthy.

Anemones are not really suited for beginners. They need special lighting and top-notch water conditions so if you can’t foot the bill for the lights stay away or you’ll live to regret it. Invertebrates you should avoid include tridacna clams, flame scallops, Octopi, Nudibranchs, or any hard or soft coral and sea squirts. Like the saltwater aquarium fish listed previously these invertebrates have special feeding and living requirements.

When you choose saltwater aquarium fish, you need to bear in mind that they are a bit more expensive then the freshwater varieties. For this reason you should take care with them and try to keep them alive. When fish are captured and moved from the store to your home they are liable to get stressed, especially since most of them have been taken from the ocean mere days ago. So make sure you can properly care for your new friends before you bring them home! 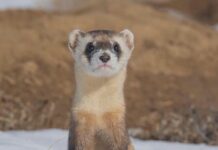 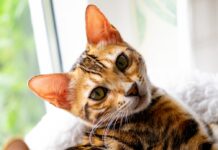 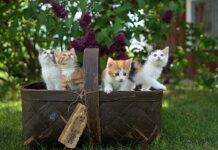