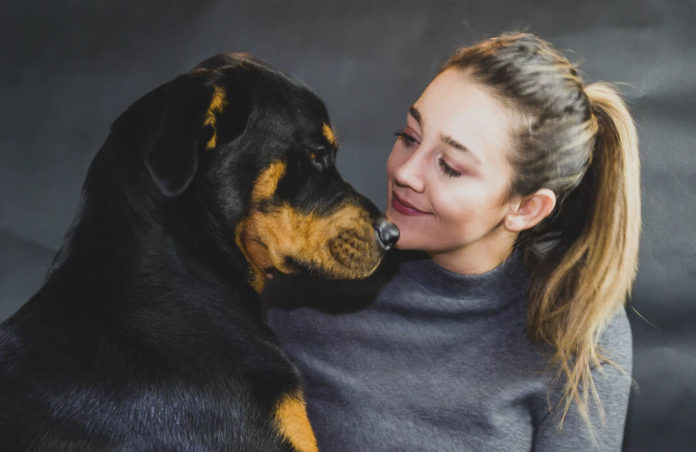 Is a Rottweiler good with kids?

Short answer, yes! Rottweilers are great dogs for kids because they are loyal and protective. A properly bred Rottweiler who receives adequate socialization and training will get along excellent with children, but tolerance will vary from dog to dog.

He must be taught early on what is acceptable behavior and what is not, as should the child. Because of their large size and inherent desire to “herd”, Rottweilers should always be supervised around children. A minor “bump” can cause serious injury to a small child. Also, some Rottweilers have a high degree of “prey” drive (the instinct to chase moving objects), therefore should never be left alone with children, who naturally will want to run and play.

Some breeders recommend waiting until the children are at least school age before introducing a Rottweiler into the home. The amount of space in your home, the age of your children and the amount of time the dog will be in contact with the children should be part of your decision.

Is the Rottweiler the right dog for me?

The Rottweiler is the current “fad” guard/macho dog of the moment. For four years running, it has been the second most-popular AKC registered breed. Don’t be swept up by the hype, or the fact that you neighbor, aunt, sister, or best friend has one. The Rottweiler is a large, powerful dog and along with ownership comes much responsibility. Rottweilers require extensive socialization from an early age. Are you willing to carry your puppy for several months, (he shouldn’t be walking in public places until he is fully immunized at around 16-20 weeks), exposing him to the sights, sounds and people he will encounter as an adult? Because of their size and strength, obedience training for your Rottweiler is a must. Weekly group classes for 6 to 12 months is generally considered a minimum. Rottweilers are “people” dogs.

They want to be with their masters. As a working breed, the Rottweiler requires daily exercise, a good romp twice a day at least. Left alone or with inadequate exercise for long periods they may become unruly and destructive. 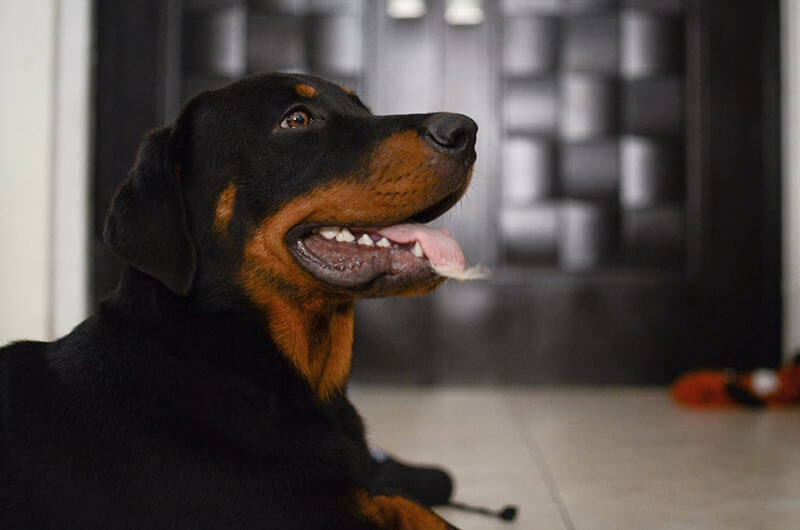 A properly bred, socialized and trained Rottweiler is not inherently vicious. The rapid rise in popularity of the breed has attracted many irresponsible breeders who are only interested in making a profit, and don’t care what damage is done to the breed in the process.

Are they good with other pets?

Problems should be minimal when a Rottweiler is raised from puppyhood with other pets. Introducing a new pet when there is an adult Rottweiler in the household should be done slowly and with care. Dog to dog aggression is influenced by the early socialization of puppies, their bloodlines and sex; males are less tolerant of other males than they are of females. Bitches may also be intolerant of other dogs. The Rottweiler is highly intelligent and trainable, and with perserverence, should be able to learn to co-exist peacefully with any pet you wish to introduce.

What kind of training do they require?

The Rottweiler has been developed for its working ability and often blooms when given a chance to work with its master, although there are occasional exceptions. It is very necessary to establish your control of the animal and obedience training is often the easiest and most rewarding way to do so. Your breeder should be able to provide you with guidance in the selection of a training class, however, avoid the very rough trainer, no matter how highly recommended. Rottweilers can often be controlled using verbal reprimands alone, and while they occasionally require strong physical corrections, some trainers tend to be much rougher on Rottweilers than is necessary. Women have been very successful with the dogs in obedience training. Physical mastery of the dog is generally less important than sensitive, patient and positive training methods. Patience is an important factor in training a Rottweiler.

The Rottweiler is a sensitive, intelligent and loyal animal and usually wants to please its owner. Occasionally, it can be quite stubborn though, and requires more attention. It is imperative that discipline is consistent and firm without being overly rough. A harsh word will often suffice, although sharper corrections are sometimes necessary. Ownership isn’t for the timid or very busy person who cannot or is not inclined towards careful supervision of his/her pet.

Do they require much exercise?

The Rottweiler is a working breed. He is generally not happy sitting around doing nothing all day. A large yard with a six-foot high fence is ideal, but adult Rottweilers have been kept successfully in large apartments. The yard is essential if a puppy or young dog is being acquired; it will help to keep the dog exercised and reduce boredom which in turn may prevent destructive behavior. If you don’t have the space, consider a smaller or less active breed. Personal commitment on the part of the owner is the most important thing. People willing to walk their dog on a regular basis will find a more personal and bonding relationship developing than just letting them run by themselves in the yard. Your Rottweiler will require a minimum of two good walks each day (10 to 20 minutes each). Adequate exercise is necessary to maintain the good health of your Rottweiler, as they have a tendency to gain weight without proper exercise.

The Rottweiler is a double-coated breed, with a medium length outer coat and a soft downy undercoat. They do shed, more than one would think by looking at their appearance. The amount of shedding will vary with climatic conditions. They generally tend to “blow out” their undercoats twice a year, in spring and fall.

Rottweilers will bark to announce the arrival of people on the property, and at animals and birds in the yard, but they generally don’t bark without reason.

Which sex makes the best pet?

Opinions vary on this topic. Most breeders would generally recommend a female, especially for first-time owners. Females are smaller and easier to control, somewhat less dominant and usually more affectionate. Males are stronger, more powerful and dominant, and therefore somewhat harder to train and control.

Where should I buy my Rottweiler puppy?

There are various places where you may acquire a Rottweiler puppy, but only ONE place where you should – from a responsible breeder. Pet shops acquire their puppies from puppy mills, brokers and back-yard breeders. Their puppies are separated from their dams and litters at too early and age, they are not properly socialized and may well develop serious health problems.

Puppy mills, brokers and back-yard breeders have only one priority – to make a profit. They are not interested in the welfare of the puppies they breed. Beware of petshops that advertise “we get our puppies from private breeders.” No responsible breeder would ever broker puppies to a pet shop. Don’t perpetuate the puppy mill problem – steer clear of pet shops.

What is a “Responsible” breeder?

This is a difficult category to define, but there are certain minimum standards that are accepted as “responsible” by most who are active in the dog fancy. Following are some of the things a responsible breeder will be doing:

What is the difference between pet and show quality?

“Show Quality” is a term that is often misunderstood and misused. It can mean something as simple as a puppy with no disqualifying faults (as listed in the breed standard) at the time of sale. The serious buyer looking for a potential winner or breeding stock had best spend time going to dog shows and talking to exhibitors as well as studying the standard for the breed. Serious and disqualifying faults to avoid include overshot or undershot bites, missing teeth, long or curly coats, light eyes, hip dysplasia and unstable temperaments. All lines carry one or more of these traits, and a responsible breeder will be able to give you a candid description of what is in your animal’s genetic background. Be aware that the nicest puppy in the litter can mature into a very mediocre adult. Be prepared to critically evaluate your dog, because even if you paid a good price you may still end up with a pet.

“Pet Quality”: many time breeders will offer puppies with serious faults for lower prices than show quality. These faults are generally cosmetic (bad bites, white spots on the chest or belly, missing teeth, etc.) and will not affect the health or temperament of the dog. These animals are not for breeding because these are serious genetic faults. A responsible breeder will require that the animal be spayed, neutered or vasectomized before releasing the AKC registration papers. Breeders may now sell their puppies on the new AKC Limited Registration Certificate, which allows the dog AKC privileges of obedience activities but will not allow showing in the conformation ring or use for breeding purposes. These dogs make good companions and often their faults are not detectable to any but the most experienced eyes.

How much can I expect to pay for a Rottweiler puppy?

Show quality puppies will generally sell for $1,000 to $2,000, with pet prices approximately half the show price. 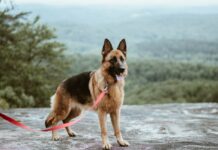 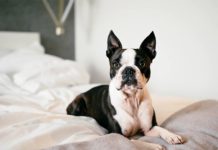 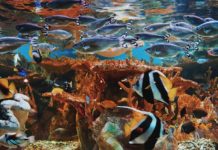 Tips For Taking A Road Trip With Your Dog